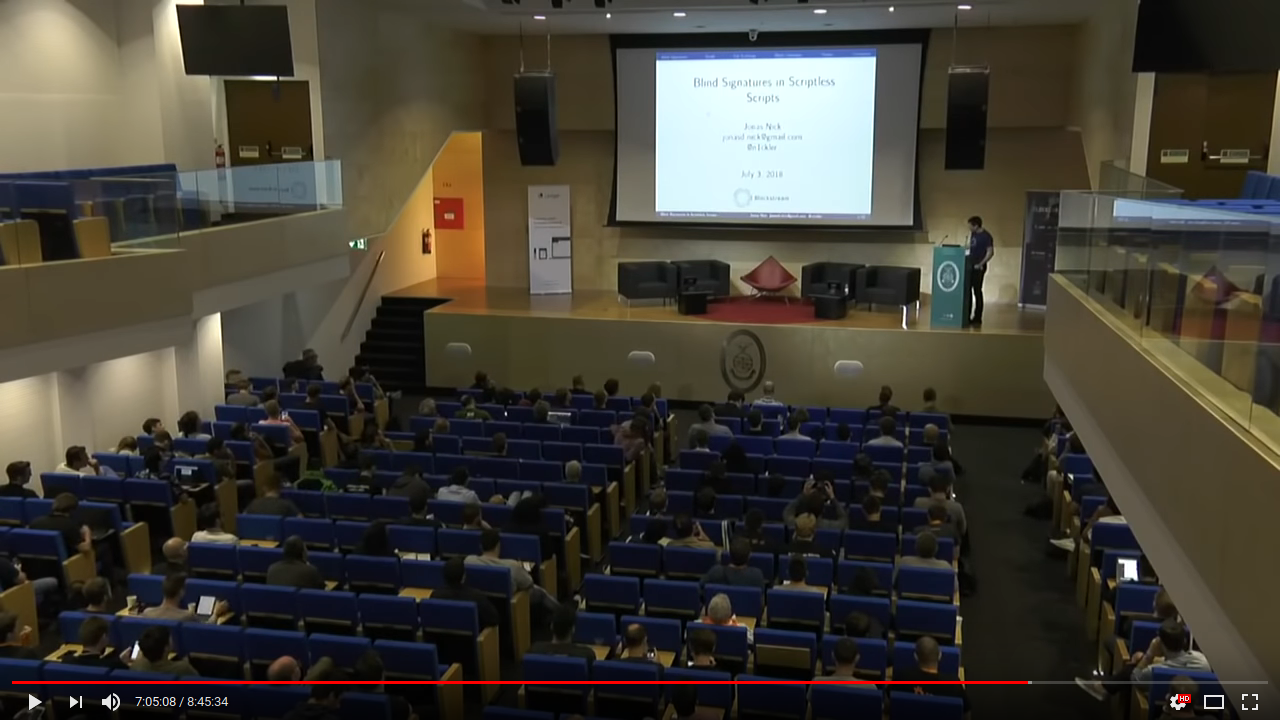 At the recent Building on Bitcoin conference in Lisbon I gave a talk about a few new ideas in the scriptless scripts framework. The first part was mainly about blind coinswaps, which is a way to swap bitcoins with a tumbler without revealing which coin are swapped. The second part about how to exchange ecash tokens peer-to-peer using scriptless scripts and Brands credentials. You can find the talk on youtube and the slides here. Thanks to kanzure there’s also a transcript of the talk.

EDIT: I’ve added a note about the security of Blind Schnorr signatures against forgery to the slides. In short, a naive implementation of the scheme is vulnerable to Wagner’s attack. An attacker can forge a signature using 65536 parallel signing sessions and O(2^32) work.